To solve crimes, you need to examine the evidence.  And to do that accurately and efficiently, you need a state-of-the-art crime lab.

Prior to 2010, county crime lab analysts who were examining evidence for a criminal investigation worked in an administration building with just one small laboratory with three work stations.  The limited number of work stations meant a limit to the number of cases that could be examined at any given time.  In short, crimes could potentially take longer to solve. 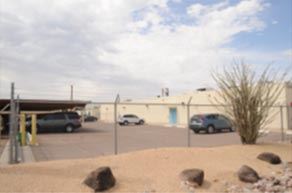 The current facility, completed in 2010, has much more space.  There are eight workstations, or mini-labs, in the crime lab.  In addition, the facility has two dark rooms, a bio-hazard room, a chemical mixing room, a storage room, and an office for paperwork.  Why are all these separate spaces important?  Because different evidence requires different kinds of examination.

“In the old facility, all of this was combined into one room, which made it difficult for everyone to do their jobs.  For example, if there was a piece of evidence that needed to be examined in the dark, everyone else would have to leave the room while the examiner turned off the light in the lab and conducted the examination,” said MCSO crime lab analyst Kelly Donaldson.  With two separate dark rooms, that’s no longer the case. 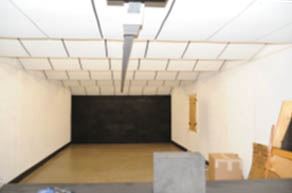 The facility also has a firearms lab which houses its own firing range and indoor water bullet recovery tank, plus unique spaces for microscopy and other investigative necessities.

“The impact of the new building on this Division has been significant. There is a more streamlined way of conducting business that comes with having everything in one building,” Donaldson explained. “Employees don’t have to leave the facilities to conduct tests at different locations. We are only a few minutes away from the MCSO Property and Evidence Division, which allows us to quickly check evidence in and out. There is much more room to work multiple cases at the same time which impacts how quickly casework is completed for criminal charging.”

The facility also includes locker rooms and showers for personnel who return from crime scenes and need to shower and change clothing, and a lunchroom so investigators can prepare a meal without leaving the building.

“We rely on the Sheriff’s Office to investigate crimes with integrity, speed, and precision,” said Supervisor Steve Chucri, District 2. “This lab has been a worthwhile investment because it will enhance public safety and provide deputies good conditions in which to do this important work.”