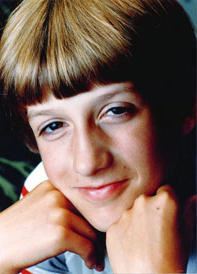 The Ryan White HIV/AIDS Program was named after a young man named Ryan White who was diagnosed with AIDS following a blood transfusion at the age of 13. He and his mother Jeanne White Ginder fought for his right to attend school, gaining international attention as a voice of reason about HIV/AIDS. Ryan White and his mom courageously fought HIV/AIDS related discrimination and helped educate the nation about this disease.

Ryan White died on April 8, 1990 at the age of eighteen, just months before Congress passed the AIDS bill that bears his name - the Ryan White CARE (Comprehensive AIDS Resources Emergency) Act. The legislation has been reauthorized four times since - in 1996, 2000, 2006, and 2009 - and is now called the Ryan White HIV/AIDS Program. The program provides HIV/AIDS medical and support services to people living with the disease that cannot afford treatment, are uninsured or under-insured.